Amazon.fr
€71.81 1 used from €23.46
See it
Last Amazon price update was: November 3, 2018 6:27 am
× Product prices and availability are accurate as of the date/time indicated and are subject to change. Any price and availability information displayed on Amazon.com (Amazon.in, Amazon.co.uk, Amazon.de, etc) at the time of purchase will apply to the purchase of this product.
Add to wishlistAdded to wishlistRemoved from wishlist 0

Soon to be a major motion picture from the director of The Hangover starring Jonah Hill, the page-turning, behind-closed-doors account of how three kids from Florida became big-time weapons traders for the government and how the Pentagon later turned on them.

In January of 2007, three young stoners from Miami Beach were put in charge of a $300 million Department of Defense contract to supply ammunition to the Afghanistan military. Instead of fulfilling the order with high-quality arms, Efraim Diveroli, David Packouz, and Alex Podrizki (the dudes) bought cheap Communist-style surplus ammunition from Balkan gunrunners. The trio then secretly repackaged millions of rounds of shoddy Chinese ammunition and shipped it to Kabul—until they were caught by Pentagon investigators and the scandal turned up on the front page of The New York Times.

That’s the “official” story. The truth is far more explosive. For the first time, journalist Guy Lawson tells the thrilling true tale. It’s a trip that goes from a dive apartment in Miami Beach to mountain caves in Albania, the corridors of power in Washington, and the frontlines of Iraq and Afghanistan. Lawson’s account includes a shady Swiss gunrunner, Russian arms dealers, Albanian thugs, and a Pentagon investigation that caused ammunition shortages for the Afghanistan military. Lawson exposes the mysterious and murky world of global arms dealing, showing how the American military came to use private contractors like Diveroli, Packouz, and Podrizki as middlemen to secure weapons from illegal arms dealers—the same men who sell guns to dictators, warlords, and drug traffickers.

This is a story you were never meant to read.

Be the first to review “War Dogs” Cancel reply

Growth Hacker Marketing: A Primer on the Future of PR, Marketing, and Advertising 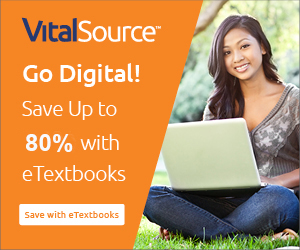